The history of the No Name Pub goes back to 1931 when we were a general store and bait and tackle shop. We remained that way until 1936 when the owners added a small room on to the main structure which became a restaurant and the Pub was born.

Our early customers included people from all walks of life, world travelers that arrived from the mainland via ferry and of course, the local Fisherman. The late 1930’s brought an interesting twist to No Name Pub history. In an effort to increase business, the upstairs storage room was converted into a Brothel. While popular with many, the venture failed after several years as the fisherman were reported to be better looking than the ladies.

The 1940s saw the end of the Brothel and beginning of a real Keys landmark. Travelers (we had few tourists back then) and locals alike began to discover this quirky out of the way place. The ladies would do their shopping in the general store as the men would browse the bait and tackle shop, then kick back and have a beer and sandwich in our eatery.

By the mid 1950s, the general store and bait and tackle shop closed and the Pub became 100% bar and restaurant. No Name was added to the Pub name and we became the No Name Pub … and we quickly became a Keys hangout.

Our honky tonk atmosphere of beer drinking, shooting pool and great food became known from Miami to Key West . Crowds often grew so large that the interior would get so full of smoke and crowded, that customers would spill out into the backyard where dice, crap and card games would eventually break out.  The old timers say the place never got raided because the Sheriff ran the dice games.

1960 brought about another addition for the better to the Pub.  It was during this era that our famous pizza was born. Two great cooks from Italy brought their recipe with them when they worked here.  Over 50 years later, we still use the same great recipe. When the cooks left they wrote the recipe on the kitchen wall so we would never forget.

The 1970’s and 80’s became a rowdy time of our history.  Jimmy Buffett’s “Why don’t we get drunk and screw” played on the juke box while people would drink, eat and dance to excess in the Pub. There was a lot of illegal money passing through the Keys back then and everyone loved to spend it. They had so much money in fact they started hanging it on our walls; and another tradition was born.

As the new millennium arrived the rowdies grew up and the No Name Pub became a place once again where people from all walks of life could enjoy great food, cold beer and good conversation. Our juke box is gone and the walls are covered with a few more dollar bills and we are one of the last great places with that old Florida Keys atmosphere. “A nice place if you can find it.”

“This place is so good! Great food, the staff is awesome and we love it. We go every time and once I even ran into my old neighbor from Palm Beach County! What a cool surprise. We have always been treated like regulars here.”

This experience was great. The food was superb and the atmosphere was great. If I lived here I would eat here every week.

A nice place if you can find it. Everything on the menu is great. Fresh fish meals great fish dip, and the coldest beer. 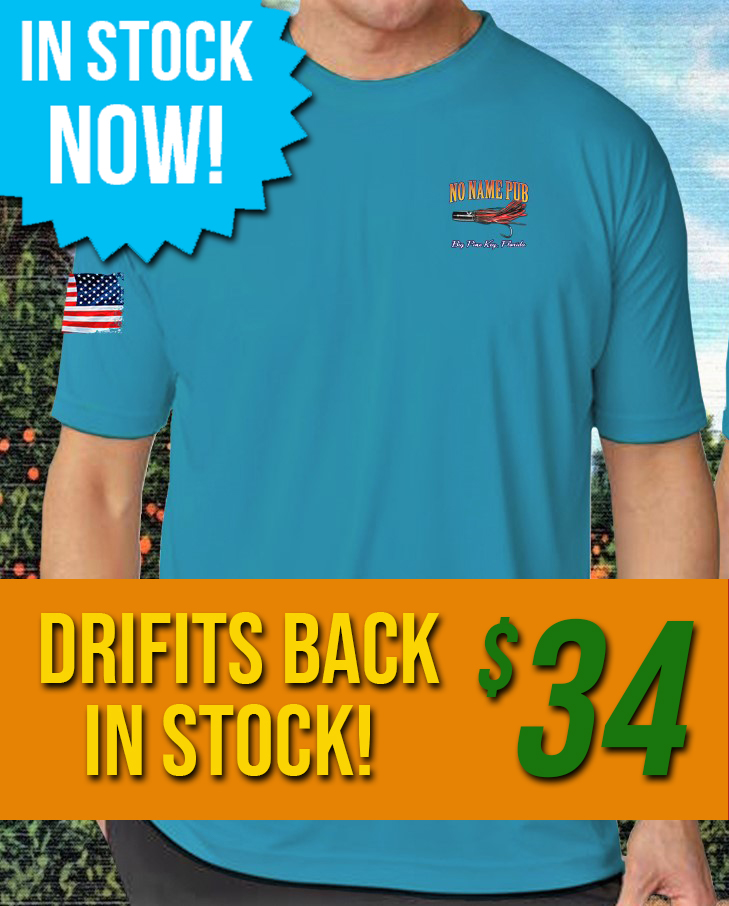 This website uses cookies to improve your experience while you navigate through the website. Out of these cookies, the cookies that are categorized as necessary are stored on your browser as they are essential for the working of basic functionalities of the website. We also use third-party cookies that help us analyze and understand how you use this website. These cookies will be stored in your browser only with your consent. You also have the option to opt-out of these cookies. But opting out of some of these cookies may have an effect on your browsing experience.
Necessary Always Enabled
Necessary cookies are absolutely essential for the website to function properly. This category only includes cookies that ensures basic functionalities and security features of the website. These cookies do not store any personal information.
Non-necessary
Any cookies that may not be particularly necessary for the website to function and is used specifically to collect user personal data via analytics, ads, other embedded contents are termed as non-necessary cookies. It is mandatory to procure user consent prior to running these cookies on your website.
SAVE & ACCEPT
X